Bridging the gap between teaching at Institutions x Regular Schools 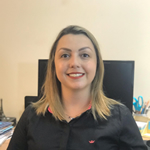 I have written a post for RichmondShare Blog talking about the differences between teaching at language institutions and regular schools. However, it’s hard to explain and offer data in only a few words. It’s safe to say that I am thrilled Louise Potter opened a space here in order for me to expand it.

When you first decided you would become a teacher, had it dawned on you everything that ‘teaching’ per se entails? I am talking about:

● Building the year or term plan at the beginning of it.
● Getting familiar with the material instead of teaching as you go.
● Having your students’ best interests at heart as well as the institution’s.
● Discovering how to build rapport with your students.
● See that the tests are testing summatively or formatively and which way would be better for that specific student or moment.

Did it occur to you that maybe you would spend long nights creating a super fun game for that group in need, only to discover the following morning/afternoon that they would hate it (or not show that much-expected appreciation?). On the same matter, did you realize you would not be able to take it personally because, after all, you are the specialist in that room?

Other points, such as going on numerous ‘continuous professional development’ workshops, participating in webinars, presenting your ideas, participating in communities, going out of your budget to pay post-graduation courses and/or others? All in pro of being a better teacher, of making yourself clearer, and to better help your students’ outcomes.

I will go out on a limb here saying that all of these points, unnoticeable to new teachers at the beginning, but extremely important for teachers undergoing professional development, are the same everywhere you go, that is, in different countries, schools and student profiles. The concerns are the same.

I have recently changed the focus of my work. I was a teacher and an academic coordinator at a renowned institution for 10 years altogether. It’s often said that teaching a language at an institution and at a regular school are quite different things. But why or how so? Working at the mainstream school, I will have to focus more on the Brazilian bilingualism growing market. Ten years ago, before the bilingualism movement started - languages, arts, and physical education or dance classes were seen as less important than Math or Portuguese. Now, at its highest point, these subjects are one of the main things parents ask for before enrolling their children. As Sir Ken Robinson said in his TED talk “Do schools kill creativity?” Languages, Arts and body movement are as important subjects as any other. With this new market outlook, gladly, schools are trying to meet the needs of these new profiles of students and parents, demanding the same level of language and steps of a lesson that a language institution does.

However, of course, there are some noticeable differences:

● The school’s focus is still on University entrance exams, although many students take exams that demand essays in English with a high sense of sociology and cultural knowledge.

● At regular schools, students have to put more effort into getting good grades. At language institutions, it’s the opposite. Teachers go out of their ways to make the most uninterested student learn at least the basics, otherwise, they ‘run the risk’ of losing a student.

● The biggest difference of all: the length of the lessons and the number of students in a classroom. In language schools, we have 90’ twice a week to teach 20-25 students, as opposed to a regular school where you have 50’ tops, sometimes only once a week for up to 30-40 students.

Considering the fact that both institutions have the same goal - teaching the language and making students fall in love with it - in my humble opinion, it is up to us, our experience, training, years of practice and creativity to make do with it. Penny Ur (1996) herself said it, the structure is there, teach it. What kind of teacher do you choose to be? Change the layout, use other spaces in the school, and most certainly use technology (VR glasses, Padlet, etc.) not only to make their lives and ours easier but also to make learning more meaningful. Of course, the place of work - be it a regular school or a language institution – has to support the teacher, not only with training sessions, but also with technology and space, so that our job can be done properly.

At the beginning of this article, when I asked you why you had decided to be a teacher, I did this only because I wanted to remind you of the passion you had towards the field. Even if you started teaching because life happened, never forget that fiery will to impart wisdom, which I am convinced every teacher has.


Beatriz holds the Cambridge Train the Trainer course as well as the Cambridge Delya Modules 2 and 3- Teaching Exam Lessons. She has a Licentiate’s degree in the English Language from PUC SP (2007). She holds the Cambridge CPE level of proficiency and she has been working in the EFL/ELT field for 15 years. She has been working as an Academic/Pedagogic Coordinator for 6 years. She is part of the Talking EFL community and she blogs at beatrizsolinoelt.wordpress.com. You can find more of her work on instagram.com/beatrizsolino.