English as a means to an end in Biology 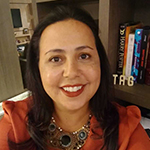 There is no doubt that in a postmodern world, in which people have become more integrated and connected, the English language has been occupying a hyper central place and playing a wider varied functions in society (Calvet, 2002). So much so that according to The Organization for Economic Co-operation and Development (OECD), this language has been considered a basic skilled workforce requirement in this century, especially after 2020 when the urgence of communication to develop vaccines to end the CoViD-19 pandemic was undeniable. In order to achieve this humanitarian goal, not only technology was essential, but so was the language to gather all the information published all over the world so fast as never seen before.

Before the Scientific Revolution from the sixteenth to eighteenth centuries there were a few languages used for the sciences and Latin was one of them. After that, communicating all the findings had become crucial to the scientific achievement. As a result, in 1660 the Royal Society of London established a principal outlet published largely in English, but not only. In the early twentieth century, other languages were used to communicate science such as French, German, Russian and English. The most important and reliable scientific journals have been published in English since the end of the First World War, when the German language was diminished and then banned at international conferences, and the dominance of the United States in scientific research (Englander, 2014) took off. That is why no matter where researchers come from, they all must share their findings in English.

If on one hand having a dominant language streamlines the science, on the other hand it becomes a barrier due to the lack of ability to speak clearly in English by the non-native researchers and science students which may be misunderstood as a lack of ability to think clearly about science. Therefore, many people who would like to contribute to science end up not doing it or taking too long to achieve their goals even more than it had already been invested through all the years at school and university. As if that were not enough, they still need to invest more time and money to learn English.

Although learning English in English classes and at language institutes have proved to be necessary and beneficial, it is estimated that only 5% of Brazilians have achieved English proficiency levels according to the most recent report of British Council. It also reports both public and private basic education teachers’ acknowledgement regarding the inability to provide students with a usable level of English. The reasons behind it lie in the lack of English in teaching equipment, over-filled classrooms, the amount of time set aside for teaching English, and the difficulty to find adequately qualified teachers. Consequently, this subject is reduced to the basic rules of grammar, reading short texts, and learning to pass multiple choice exams.

That is why one of the best ways of learning a new language is by doing it in the target language and in the real context of disciplinary specific language use such as biology, social studies, math, etc. Language learning in meaningful content stimulates the engagement and provides real social purposes for speaking, listening, reading, writing, and thinking. This last skill is the one that must be developed in basic education through bilingual classes in which the language is a means to an end, not the end itself.

In 2020, I started teaching Biology in English for eighth graders in a private school in Jundiaí, Brazil, and from that moment on I have only seen interested students no matter what language was the input and no matter what the task they had to do. It is rare to see a student who is not interested in Science and Biology, especially when the content is related to physiology. After all, who is not interested in knowing how our body and other animal bodies work? Curiosity is an innate feature common to all the animals, so the content itself was engaging and a good start is half the battle. And 2020 was a real battle: teaching Biology online and in English to students who were having Bilingual classes for their first time was a success, against all odds. Learners could notice that the journals are first published in English, then to be informed faster they should search in English. Moreover, the number of papers in English is incredibly higher than in other languages, the best visual ads are also in English, and tasks, such as posts and stories to cope with people’s health, experiment reports, and presentations done in English reach more viewers and attract more followers. In addition, all the acronyms and technical vocabulary used in Biology started to make sense to them once there were taught in English, so instead of memorizing the terms, they understood them.

Never has it been so clear that more than teaching English is teaching in English. In other words, teaching English is important and necessary, but chances are that better and more effective results could be achieved in communication if the subjects were taught in English as well. An unimaginable number of findings have been discovered since last century, now it is time to connect the dots by enhancing the accessibility to the extensive knowledge available.

*Fernanda has a Licenciate's degree in Biology from UFU (Universidade Federal de Uberlândia - 2002) and in Letras from UniCesumar (Centro Universitário Maringá - 2016). She has been working as an English teacher for 20 years, and has already worked as a Science and a Biology teacher in public schools in the state and city of São Paulo . She has been teaching bilingual classes since 2020. She can be reached on instagram @gomidecan.
Contato: @gomidecan