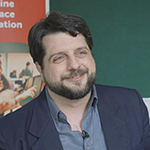 The idea that language and culture are two separate concepts which are, at best, closely related to each other is profoundly mistaken. It is also all too present in our classrooms. We see it all around us, most notably in the ‘culture corners’ which occupy the last page – sometimes, no more than the last quarter of a page – of a unit in textbooks we use. However, as we come to understand that culture is not a mere ‘body of knowledge’ comprised of symbols, places, institutions, artifacts, works of art, and ways of living, but “a framework in which people live their lives and communicate shared meanings with each other” (Scarino; Liddicoat, 2009), we realize that, rather than simply presenting to learners the tools which will allow them to talk about the world using different words, we are indeed opening doors to an entirely new way of looking at the world. Forgetting that invariably results in wasting some of the most amazing opportunities our place in the classroom gives us.

Of course, the conditions in which we work vary greatly. Resources are limited, as may be the latitude we are given by our employers to bring our students materials other than those which the school makes available, and I realize that the institutional support with which I have been able to count over the past nine years is far from omnipresent in our profession. Therefore, my goal here is to present a trio of tried-and-true strategies to actually open those ‘doors to the world’. Not all ideas will apply to everyone’s work environment in the same manner, but it is my hope that they will at least suggest effective ways of addressing the issue.

Our students tend to be familiar with a number of cultural products from English-speaking countries, particularly movies, music, and TV shows, and whatever access to technology they have is used to facilitate the enjoyment of those items. Naturally, their range tends to be predictably limited to generation-specific hits – namely, whatever is popular among their peers at any given time. That is understandable, and we have all been there, product of our time that we are. However, as we started expanding our cultural repertoire during our individual journeys to become teachers, we became aware of how much more to life there is. Finding opportunities to share unexpected bits of information with our students is both easy and rewarding, and all that is necessary is that we keep an eye out for openings.

Over the past few years, several of my students have listed the hit book/movie The Fault in our Stars among their favorites. In every class that happens, I ask them if they know where the title comes from. They never do, which always leads to a brief conversation about Shakespeare and his Julius Caesar, and sometimes even to a debate about the quote itself. In other classes, activities introduced by the quotes “What’s in a name?” and “All happy families are alike” have given us chances to go over the conflicts in Romeo and Juliet and even explore the Anna Karenina principle. A seeming throwaway comment is often all that it takes to get started.

A more ambitious initiative took place during my post-graduation course, when an exploratory practice activity inspired me to share with a group of advanced students two World War I poems – Rupert Brooke’s The Soldier and Wilfred Owen’s Dulce Et Decorum Est (Dart; Nóbrega, 2017). Having zero familiarity with war poetry in any way, shape, or form, those teenagers engaged enthusiastically in a cloze activity using the two poems, and were sincerely interested in discussing the poets’ respective contexts of situation (Halliday; Hasan, 1989) even without any idea that that was what they were doing.

From short witty quotes to more profound pieces of literature, this kind of exposition depends only on each teacher’s willingness to go one or two steps beyond what is in the textbook. The results will not always be necessarily impressive, but the possibility of instilling in a few students curiosity about Shakespeare or Tolstoy is just too exciting to overlook.

Developing our own ideas for student projects can be extraordinarily motivating. Only two years after I joined IBEU, the institution’s Academic Department gave me the opportunity to take a two-week summer course at the Norwich Institute for Language Education (NILE). At NILE, Professor Uwe Pohl, himself an expert in intercultural education, directed me to John Corbett’s highly influential book Intercultural Language Activities (2010), which inspired the creation of the online community initially named the Rio-Warsaw Connection (Dart, 2015). In the safe environment that a teacher-managed Facebook group can provide, at the time of writing about 590 students from nine cities in seven countries have communicated in English, and shared opinions and experiences with each other, discovering cultures and making friends. Each group is active for 10 weeks, always with new batches of students from similar levels. The project has grown significantly since I met Professor Corbett in person at the 2016 BRAZ-TESOL International Conference in Brasília, as I started working with him and other specialists such as Bruno Lima and Andrea Assenti del Rio.

Our project, now called the Hemispheres Connection and about to move from Facebook to Google Classroom, is free of cost, and takes only the time and dedication of the managing teachers. However, it does require school approval and reliable internet access. What I would suggest for teachers who might be lacking in one or the other is to begin with more limited scope, yet always keeping meaningful interaction as the primary focus. Perhaps one of your colleagues has students who would be excited about researching some aspect from a different culture, and a one-day event can be set up, in which the two groups get to interview each other.

Another idea is to begin with discussions of what is already familiar to students, such a favorite aspect of their own local culture, followed by a challenge: can they discover similarities between those aspects and examples from other cultures? How do elements from Brazilian folklore compare with Chinese festivals? What does the Carnival of Rio de Janeiro have in common with that of New Orleans? Having students ask questions like those might be a way for them to rethink their own traditions, and to understand the element of ‘otherness’.

The third strategy is actually a way of approaching cultural diversity, and it depends only on the strength of our belief in its relevance. American jazz musician and educator Wynton Marsalis says, “The best way I’ve found to combat the haze of uninspired participation that engulfs some of our young is for the [band] director to be aggressively inspired. Yeah, that’s what we need to do out here: stay inspired no matter what” (Marsalis, 2009). The fact is, whatever the resources at our disposal are, our students will value the importance of opening our minds to the world if they have teachers who are passionate about that.

You might tell them about the places you have visited, or would like to visit, using realia whenever possible. You might engage them in a journey of the imagination to some distant land, asking them to bring something back – remind them that we always do, and that that something makes us and our surroundings richer.

Learning languages empowers people to seek out new horizons, and we are all incredibly fortunate for being able to help our students get started on that path. When we are passionate about it, they can sense it, and eventually join us in seeing language and culture as the two inseparable, essential parts of life that they are.

Scarino, A; Liddicoat, A. (2009) “Teaching and Learning Languages: A Guide”. Research Center for Languages and Culture, University of South Australia. Retrieved March 19, 2017. http://www.tllg.unisa.edu.au/guide.html

Bio
Hugo Dart has been a teacher for over 20 years. Since 2010, he has been employed by IBEU (Instituto Brasil-Estados Unidos), in Rio de Janeiro, where he works with EFL, CLIL, and as a teacher trainer. At NILE (Norwich Institute for Language Education), he specialized in intercultural education in 2012 and was awarded the Professional Award for Teacher Educators in 2019. He is a board member of the BRAZ-TESOL Intercultural Language Education SIG.