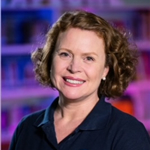 Why is translanguaging taboo for many of those who work with bilingual education? Does it make sense in schools that offer instruction in prestige languages, with majority language students? Does translanguaging compromise immersion?

I hope to address these questions in this short article about translanguaging (García, 2009; Wei, 2017) in the Brazilian bilingual education context.

As many Latin American countries, Brazil is home to a rich linguistic landscape, including languages spoken in indigenous, deaf, immigrant, border and refugee communities, among others. Ofelia García reminds us that “El bilingüismo ha sido parte de la historia de Latinoamérica desde siempre”. However, despite the diversity that inhabits our linguistic heritage, a monolingual perspective seems to have guided language learning and, over the past decades, bilingual education as well.

Bilingual education has been defined as “a generic concept that refers to various types of educational programs which provide systematic instruction in two (or more) languages for a prolonged period of time” (Abello-Contesse, 2013: 4). While the paths to expanding learning may be diverse, it is important to step back and look at what stances guide our pedagogy.

Traditionally, languages are viewed from an external perspective. Named languages represent nation states and the people who belong to them. In this sense, people who acquire new languages aspire to reproduce their “original” linguistic features as closely as possible. They have different levels of proficiency and are assessed (and included in the community of speakers) according to how well their discourse is articulated, in agreement with the structure of the target language(s).

Translanguaging carries a different view of language. It is a stance that assumes that rather than having two or more autonomous language systems, all users of language select and deploy particular features from a unitary linguistic repertoire to make meaning (Vogel &García, 2017). Through this theoretical lens, language emerges from the perspective of the speaker. It not what we have, but what we do. People use gestures, facial expressions, technology, visual, oral and written language in their interactions, all of these are resources to make meaning. This leads to the idea of bilingualism as a dynamic process (Wei, 2017), in which languages are constantly changing, as are the contexts and needs of those who use them.

Schools and teachers who adhere to this view may find benefit in creating translanguaging spaces in their classrooms, as well as outside of them. Towards this notion, Brazilian linguist Antonieta Megale (2019) understands bilingual education, in its linguistic dimension, not as the simple addition of a second language to the repertoire of a monolingual students, but as the development of complex linguistic practices, which include diverse social contexts. I believe this notion connects to translanguaging as an opportunity to create “complex linguistic practices”, that aims not only to teach language or (content) through language, but also how language is used.

Students learn how to use their full language repertoires, according to different situations or problems that are presented to them. This dynamic use of language is often perceived in the social environment, but what about in schools? Careful planning is crucial to the success of translanguaging pedagogy, which means that it is not done all the time and for all purposes.

An example of translanguaging in bilingual education is when the product is produced in one language, but the process may include other languages and diverse resources. This may be the case in project-based learning, when learners inquire into local or global issues of relevance to their lives and in connection with the curriculum. They may produce a product, such as a blog or website, in Portuguese or English to inform the community with the information they have collected, but the process of collecting the information will be enriched by their multilingual and multicultural practices. Translanguaging in collaborative group work gives learners the chance to shift from a more passive to a more active role, resulting in deep thinking and academic growth.

Furthering our reflections, translanguaging in the bilingual classroom is often associated with the notion of code-switching, or allowing students to alternate between the school’s languages of instruction in their texts and interactions. Although the output may seem similar, the lenses are quite distinct – while code-switching identifies with language as object, an external perspective, translanguaging sees language from the perspective of the speaker; language as “a multilingual, multisemiotic, multisensory, and multimodal resource that human beings use for thinking and for communicating thought” (Li Wei, 2017: 18).

Arguing for a translanguaging stance in prestige bilingual education, one can say that this view of language reflects the fluid and dynamic interactions that are part of modern day society. In this sense, it should not be understood as a pedagogy of inclusion, aimed at immigrant or minority language speakers who are left out because of their “non-proficient, emerging language skills”. Although there is great benefit for confronting inequalities in this context, translanguaging pedagogy should not be assumed as a transition strategy for language learners, something that will cease to be part of the process once language has reached “grade-level expectations”.

Through the translanguaging lens, we are all emergent language learners. We are constantly extending and expanding our language experiences or as Ofelia García says, “adding pearls” to our repertoire. Just as their students, teachers will not know all the required languages, modes and media, but they will learn, as they also develop agency and transcend the monolingual approach to become truly bi/multilingual teachers.

There is also much debate concerning the value of translanguaging for developing additional languages, suggesting that immersion and language separation can be more beneficial to the learning process. So, a reflection I wish to share is: what do we want our bilingual students to do with language as they progress through their learning journeys? To answer this question, I borrow from Brazilian scholar Fernanda Liberali (2019: 31,32):

[…] conceiving multilingual curricula presupposes considering the mobility of subjects in the various spheres and possibilities of life as an essential aspect of their development and that of the community they are part of. To make this possible, it is necessary to consider the conception of a curriculum that can sustain a critical organization of the process of teaching and learning – understanding the role of translanguaging in further comprehension of how subjects are inserted in society

Although language learning is important, it is not enough. Learning content through language is also not enough. Teachers and learners of today should be given opportunities to critically and collaboratively create new pathways for the world they want to live in. Bilingual education in Brazil can be fertile ground for innovation, but if we wish to reach an increasing number of children and youth, it is time to reflect on the stances we wish to uphold. A multilingual curriculum, which acknowledges language as resource, expands the agency of teachers and students. It is not only thinking outside of the “language box”, it means being connected to who we are and who we want to be as users of language in a more interconnected and equitable global future.

Susan Clemesha holds a Master’s in Applied Linguistics from Pontifícia Universidade Católica – São Paulo (PUC-SP) and a Bachelor’s degree in Social Communication from the University of São Paulo (USP). She has been working in the field of bilingual education (Portuguese and English) for over 18 years and is currently head of academic development at Sphere International School, Brazil. Her areas of interest include critical collaboration, agency, multilingual and intercultural education. She is a member of language and education research groups (LACE and GEEB) at PUC-SP and is a collaborating professor in the graduate program at Instituto Singularidades.