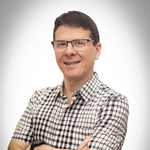 Think of some songs you learned as a child. Isn’t it true that if you hear those songs today - years later - you can still remember the words? There are many stories of older people who have lost their memory but can still remember songs they used to sing. Why does that happen?

In an episode of the TV series Glee, a teacher of Spanish played by Ricky Martin tells Will Schuester, who is struggling to teach Spanish to his students, his secret for learning English. He says, “I love to sing. I actually learned English watching reruns of ‘Solid Gold’. They’ve done studies on it. The brain takes in information like a new language or a math equation much more quickly and retains it better when that information is delivered through music. You know what I would do if I was teaching Glee club? Latin music. Think about it. You get those kids singing in Spanish and they’ll be learning the language without even realizing it.”

Singing is a very effective way to learn English. According to Anice Paterson and Jane Willis in the book English Through Music, “Songs and language work well together. Singing is a great way to learn and memorize words and expressions and to get familiar with the sounds and structure of the language.”

English structures and vocabulary may sound hard at first, but with a lot of practice, they get easier. What students need is to internalize them so that they can use them without having to think.

When we speak our native language, we don’t have to think before we speak - the sentences come to our mind practically ready. It is as if we had a memory bank of sentences. When we want to say something, they just come to our mouths. One of the secrets of learning English well is to build this memory bank and retrieve the necessary language items when necessary.

According to Dale T. Griffe in the book Songs in Action, songs are “vehicles for language, offering to the learner opportunities for practice of otherwise often difficult areas of intonation and rhythm as well as ways into particular vocabulary fields.”

A lot has been discussed on the role of repetition in the learning process. Some people say that repetition is boring, but teachers know how important it is. Singing can be a very nice and effective way to use repetition of structures and vocabulary. When we sing, we repeat the same words over and over again. This repetition helps the brain store the words and structures so that they can be used later.

Using songs in the language class is not only very effective, but it is also motivating and fun. You can choose a song that presents a specific grammar point you are working on and have students sing it in class. Your students will think they are just having fun, but they will be actually learning and practicing grammar. Let’s suppose you are teaching the Simple Present. There are many songs which use the Simple Present. You just have to select a few. You can select the part of the song that has the verbs in the target structure and play it in class. The song She Loves You by The Beatles is just one of the many examples you can find.

You can use the song to call students’ attention to the s in the verb and remind them that it is used in the third person singular. Then you can have students come up with new verses for the song by changing the original verb. Students can then sing their own versions of the song.

This is a fun activity, but it’s much more than that. It’s also a substitution drill, where students will practice the grammar while having fun.

Songs can also be used to work on pronunciation, vocabulary and rhythm. You can use a song to practice the pronunciation of the TH sound, for example.

People always ask me what the best songs to teach English are. And my answer is, “I don’t know.” You might love a certain song and find out your students hate it. Your students may know a song they love and you might have never heard of it. You can’t know all the songs ever written. What you can do in those cases is present a few songs to your students. Then ask them to find songs they know and like which have the same structure, vocabulary item or phonological feature. This will motivate your students to pay attention to songs and to try to identify specific grammar points.

Many English students get upset when they realize they can’t understand all the words in a song. Helping them to realize that they don’t understand everything in their native language might help to build their confidence in their English. As we can see, using songs in the ELT classroom serves a multitude of purposes. It's an effective way to present real life models of structure, vocabulary and pronunciation, as well as a fun way to lower the affective filter and improve listening comprehension as a whole. Students will sing better and speak English better!

Carlos Gontow is an English teacher, actor, writer and teacher trainer. He has had 33 years of experience teaching children, teenagers and adults. He’s involved with teaching English through theater, games and songs. He’s the author of the books “The Classroom is a Stage – 40 Short Plays for English Students,” “101 Dicas Para Você Aprender Inglês Com Sucesso,” “Aprenda Inglês Cantando e Aprenda a Cantar em Inglês” and “Você Consegue Aprender o que Quiser,” all published by DISAL. He’s written “The Man Who Lost his Nose” and “Animix,” both published by Amazon. He’s also the author of the blog “Dicas Para Aprender Inglês” (http://dicasingles.wordpress.com). He has written the series “CNA Kids Plays” for the Kids course of CNA and “Hop Up” for Ensino Fundamental 1 – 1st to 5th grades, published by StandFor. His website is www.carlosgontow.com.br